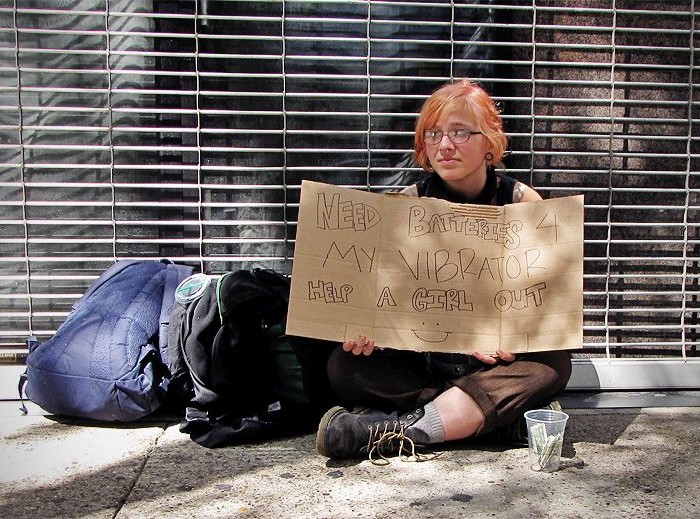 Episode 3: On the Streets of Philadelphia (Spyker)

I discovered Spyker one day as I was walking in Center City. I was with my friend Charlie and he is a good friend to many of the people who are living on the streets in Philly. So he was the one who introduced me to her.

(Note that I got her name wrong in my intro of her—I called her “Stryker” instead.) She identifies as a “traveler” and she was indeed on the move: she and her boyfriend planned to leave the following day for New Orleans. And they had come from Seattle. She told me that they regularly hopped trains to get where they needed to go.

When I met Spyker, her partner was off somewhere in the city, and she was hanging out with a guy named Ben, who was also living on the streets in Philadelphia. The difference is that he had always lived in the area, and he didn’t seem to be planning on moving on.  You’ll hear an interview with him in an upcoming episode, but in this interview, you can hear him chiming in toward the end.

Spyker’s sign was getting a good deal of attention that day, and when you check out the pic on the website, you’ll understand why. Let’s just say that a lot of guys were moved to put money in her cup.

Comments have been closed.
Higher Love © 2015